[11:17] “In those early years, […] the German feed in tariff was driving the industry forward. The primary source of demand in 2008 was European demand. […] We had the feeling at the time that that type of demand, though very important in terms of kickstarting the industry, was ultimately not sustainable, […] because it was simply too expensive. The additional price being paid for solar energy on German rooftops was ultimately not going to be well borne by the German taxpayer in the long term. And we saw that transpire. We saw kind of boom bust dynamics in the European markets, in Germany, in Spain, in Italy. We saw China make a decision […] at a national level […] to enter this market of producing solar modules, and, frankly, to dominate the industry. So there was a very, very concerted funding effort within China, again, at the national level at a policy level, which produced a crop of solar manufacturers, who were able to scale very rapidly using me too technology technology borrowed, or purchased, actually, from the Europeans and the American equipment manufacturers, and to replicate those tool sets in extremely high volume domestically, and produce modules at prices that the Western companies simply couldn't compete with.”

[32:43] “I was Chief Technology Officer for First Solar for eight years. And I can't even recall how many times I caught myself being wrong about the pricing power and cost potential of the high volume Chinese kind of learning machine, manufacturing machine in the solar industry. It's awfully tempting to look at manufacturing cost models from the Western perspective, and assume that we understand the ultimate floor of cost of producing a product at very high volume. In fact, what I learned from these experiences […] is that there's tremendous creativity and human energy that goes into driving down cost. And once you accept that you can start to see that what you might have thought was unimaginable, can be achieved. So the lesson for me is to not under appreciate or underestimate the cost down potential of technologies that can be produced at scale, and the power of learning curve and competition.”

[34:49] “I was lucky enough to be at First Solar when the company made the decision to get into project development in the US. And in hindsight, I think it was a really fortuitous and well thought through decision. The approach to the market has to be driven by the constraints in the market. And there's nothing better as a manufacturer than controlling your own destiny, vis a vis providing demand for your manufacturing fleet to drive down costs and maintain productivity. That was the thinking in terms of getting into project development. The outcome […] supported the thesis really, really well. And ultimately, […] for a while we were the biggest developer in the United States.”

[38:32] “Among […] the top two cheapest energy resources in the world, that road is littered with a lot of dead bodies. And First Solar wasn't one of them. A lot of good strategic decisions and a commitment to being a cost leader. This focus on pricing power, I think is a key concept. When you focus on pricing power, you maintain a cost position, you do everything necessary to maintain a cost position that allows you to sell below the competition. And that sounds obvious, that sounds pretty basic. But it's not so basic when you come to the industry from the context of wanting to drive margin. So when you come to the industry from the context, for example of supplying high efficiency modules, ideally optimized for rooftop solar, it's a different mindset. You're not thinking so much about pricing power, […] you're thinking about optimizing the earning potential of your factory, and that's a different mindset.”

[40:32] “Being the CTO of a major international solar company, part of my job […] was thinking about markets, opportunities to place our technology more broadly. Particularly as high penetration locations’ grids, California is a great example, started to experience constraints. […] We started to scratch our heads and think, how do we keep this moving forward? How do we get more solar out there in the world? And hydrogen […] has been spoken of and thought about for decades now as a means of converting cheap energy into a useful form that can be used in other industries […]. So having thought about that, and studied it, […] my conclusion over the years […] was that it's simply too expensive. It could be cheap enough in principle to compete with gasoline at the pump, but not cheap enough to compete with oil at […] the wellhead. And that's a critical difference.”

[43:27] “One of the great lessons in my career […] is that in large industrial markets, in commodity markets, like energy and fuels, the price really drives adoption. It's nice to think that we would all want to do the right thing and incentives can help kickstart the industry and motivate people to do the right thing, but at some point very quickly, one has to really embrace cost parity. And I couldn't see the way to do that with hydrogen as early as five years ago. […] What's changed since then, is that with wind and solar prices today, the energy content of hydrogen that's produced via electrolysis, can be low enough to ultimately achieve what we call fossil parity, which is on the order of $1.50 a kilo for round numbers in the US. When I came to that realization a light bulb kind of turned on in my head […]. The critical missing link to get to hydrogen pricing that's economical, is a very, very low cost electrolysis system that can operate at low capacity factor and high variability, meaning it can be operated directly off of solar and wind resources. And if we can see our way to the eliminating that constraint to providing such a system into the market, then all of a sudden fossil parity hydrogen starts to become a reality.”

[46:44] “[The hydrogen market today is a] deja vu. It's back to 2008 in solar. We're seeing incentive structures in certain parts of the world that are fundamentally unsustainable, but are kickstarting a lot of interest in building an industry. Where that will go ultimately, I think, is along the same lines that we saw in solar. So the industry will kick start, but the incentives will be gradually withdrawn, or maybe abruptly withdrawn, like we saw in Europe in solar, and in the strong will survive. But ultimately, hopefully, through that process, we will see the market mature and come to cost points that actually incentivize economic adoption of the solution rather than incentive adoption of the solution. There is a lot of hype in this market. It's very, very frothy. And my expectation is that over the coming 3-4years, […] we're going to see a lot of players who are in this space today fail.”

[55:51] “One of the great advantages we had in solar, particularly at the grid scale, was the availability of the grid to connect to. That allowed us […] a huge ocean to dribble energy into. And people didn't really notice until we were already scaling and going down the cost curve and learning how to make bigger and bigger projects. The hydrogen industry doesn't have the equivalent of the grid. Applications tend to be bespoke, and difficult to penetrate. And so predicting the future of hydrogen on the basis of what we've seen in solar, I think is a little dangerous. We're gonna have to think a lot harder about how to build this industry, and transition applications like ammonia production, or steel production, or shipping fuel. Each one of them is going to require a different solution.” 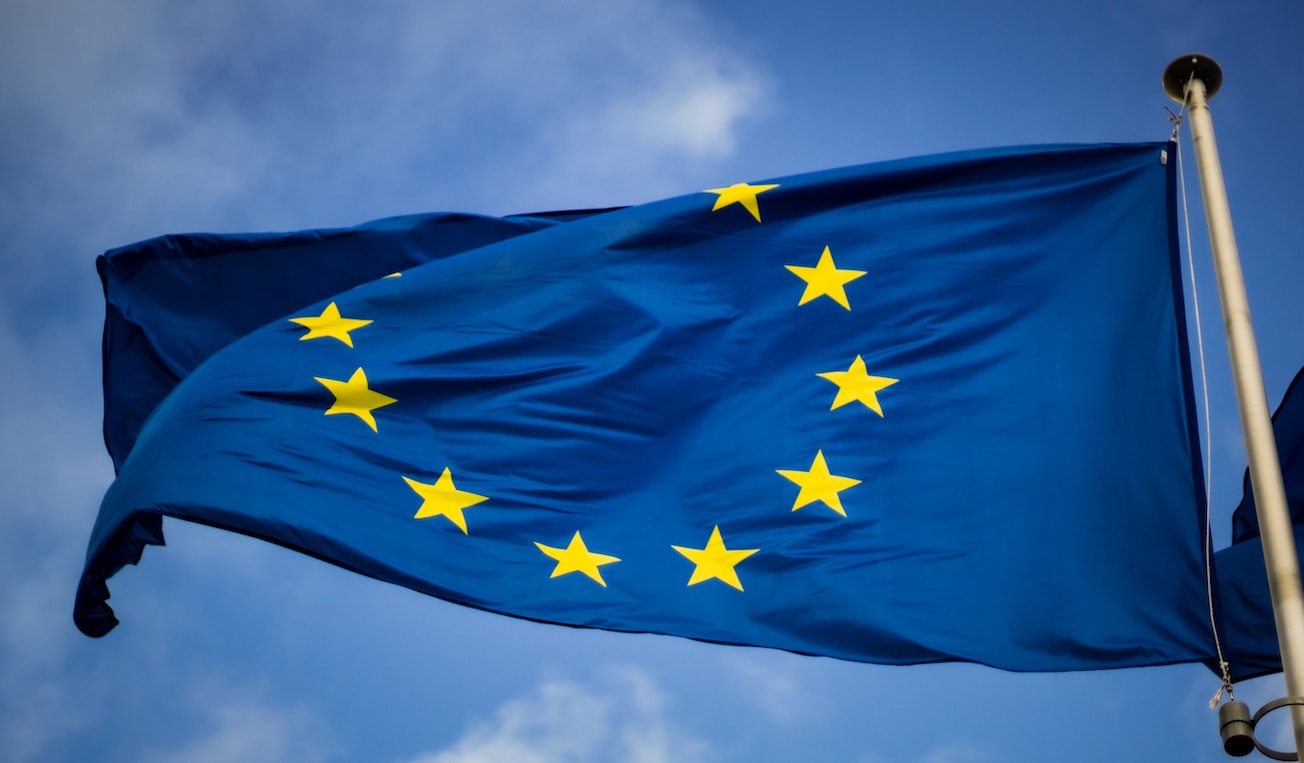 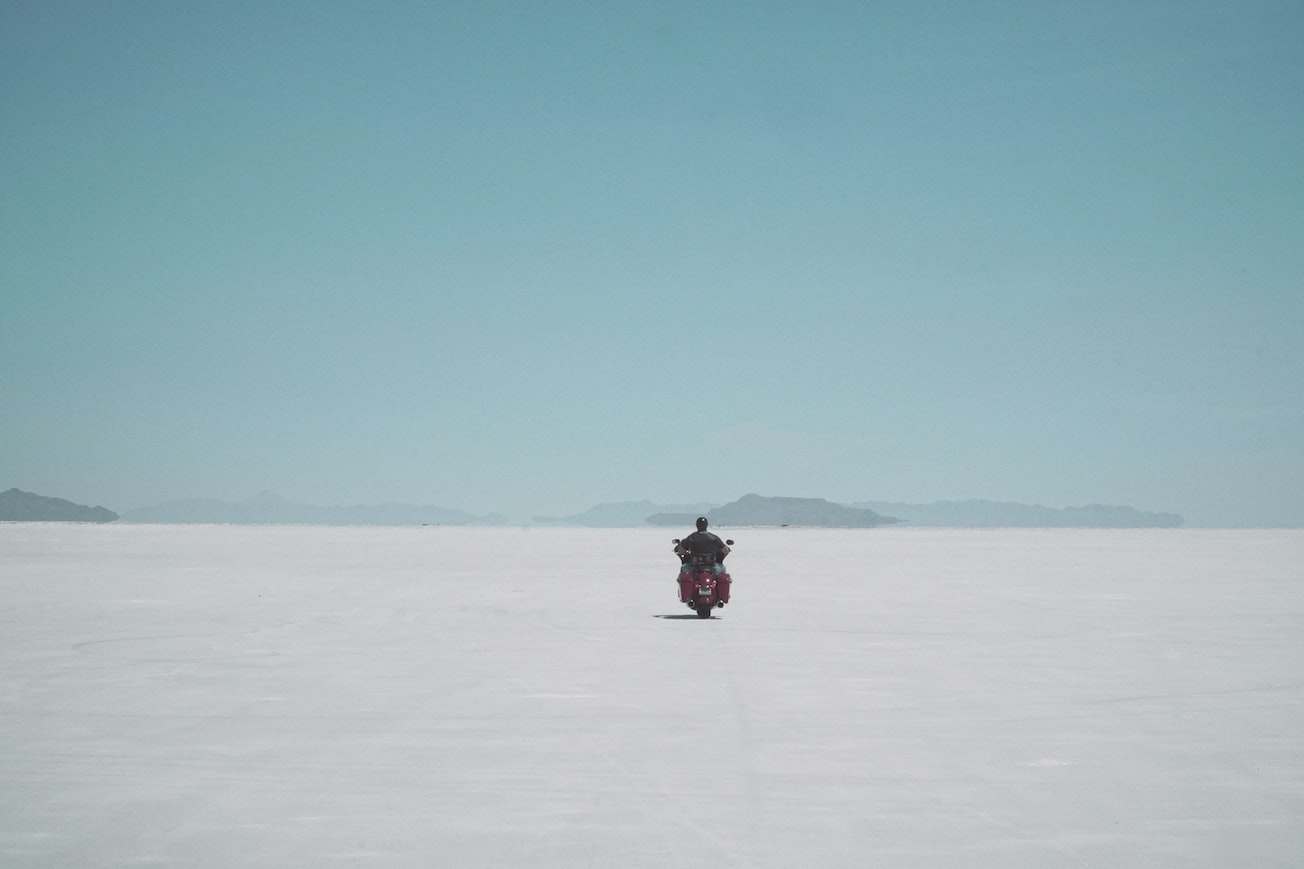 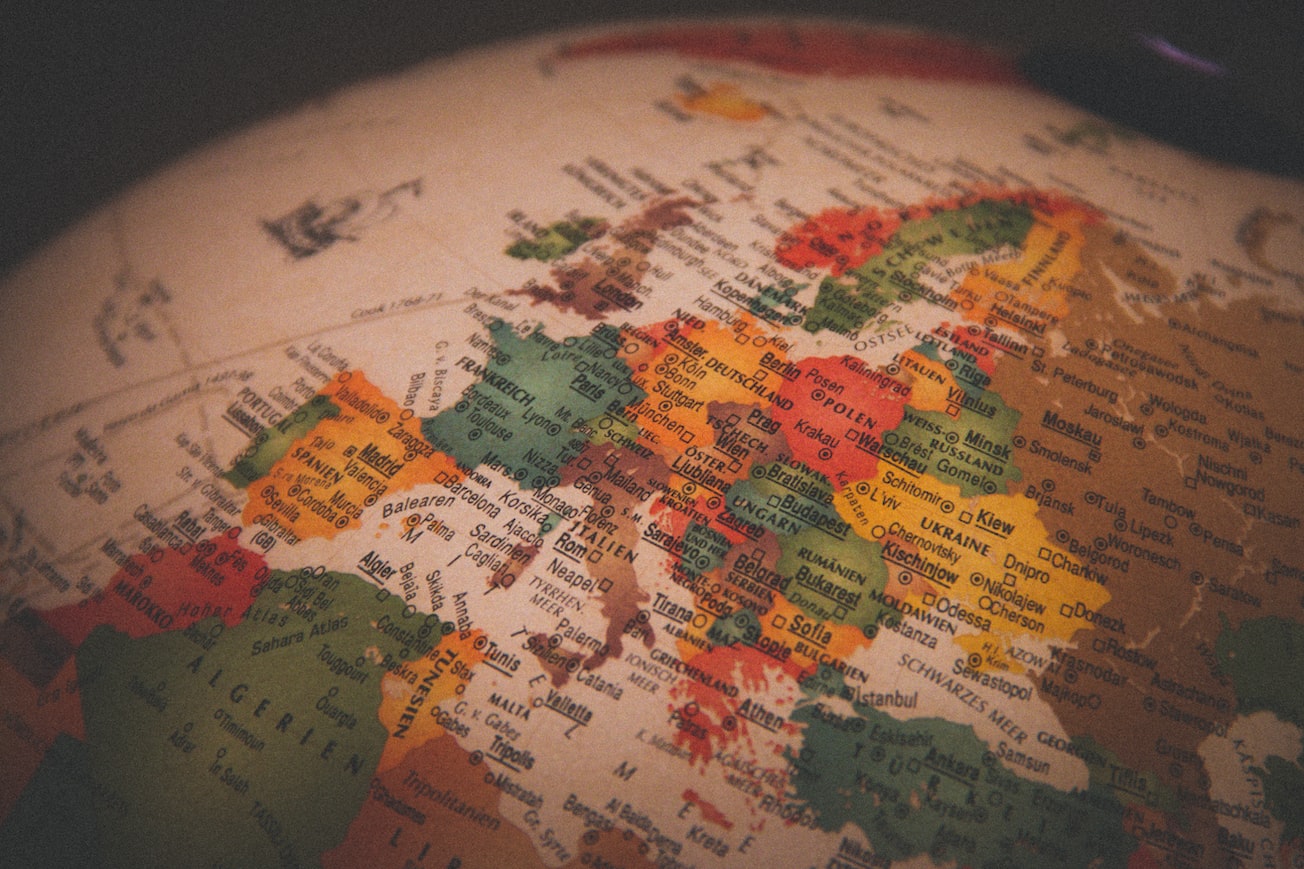 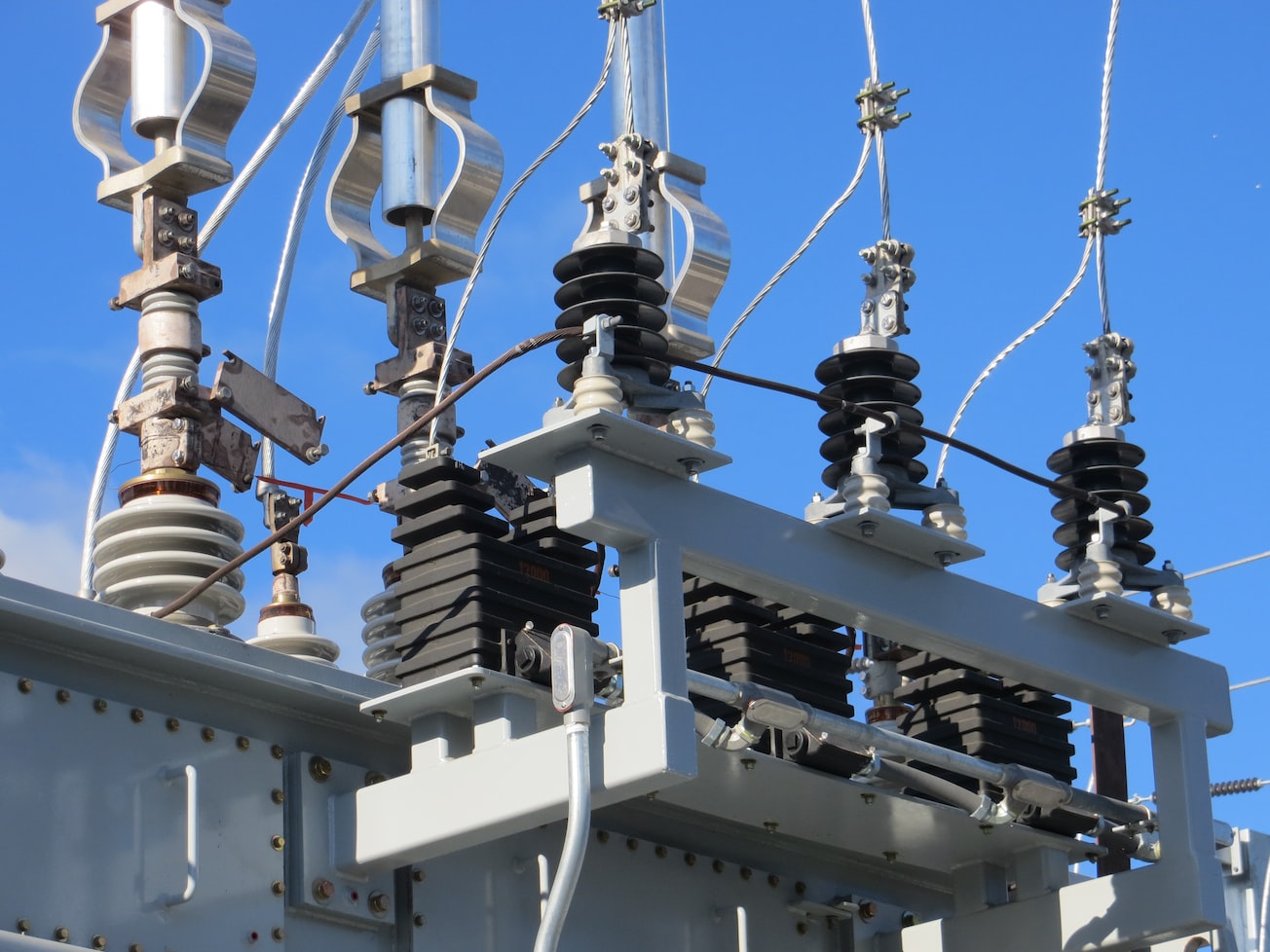