How I Built This

[2:42] AL: “[T]he long story short [of how Morning Brew started] is that Austin and I both come from […] finance backgrounds or wanted to work in finance our whole lives. […] I was in the undergrad business program at Michigan and […] I had my job offer in hand to work at Morgan Stanley. […] And so, senior year was quite easy for me because I didn't have to recruit for any jobs. […] So I started helping other students prepare for job interviews. And I would always start my mock interviews by asking the question, How do you keep up with the business world? And the answer to that question was typically something along the lines of the Wall Street Journal or CNBC, etc.. And I would dig a little bit deeper. I say, […] Why do you read these things? And the students would say something along the lines of, […] I read it because that's what my parents told me to do, because it's a prerequisite […] but it's dense and it's dry and I don't have enough time in my day to read the journal cover to cover. And so at some point I was like, this is crazy. These kids are working their asses off to have careers in business, yet they don't have content.”

[4:39] AL: “[S]o I started writing a daily newsletter [that] at the time was called Market Corner. It was a PDF that I'd put together using Microsoft Word and then I would export it into a PDF. The logo was a bear and a bull fighting literally took it off Google. It had the watermark going across and I would send it out to a listserv every day over email. One of the early readers was this guy named Austin Rief and Austin Rief emailed me and was like, Hey, I have some ideas for how we can make Market Corner better. Can we chat? […] What I thought to myself is, everyone is really good at telling me I'm doing a great job with this thing and it is wildly unhelpful to actually make it better. Austin was the only person that I had spoken to, who actually gave constructive feedback on how Market Corner could get better. […] That's when I knew it was a complementary brain to mine, someone who thought linearly, objectively. And so I brought him on, as let's call it, like a partner at the time. And one thing led to another. And we ended up launching Morning Brew together in March of 2015.”

[6:34] AR: “Alex had the job lined up at Morgan Stanley, I was interning at […] an investment bank in New York City, and very quickly I realized that that wasn't the path for me. […] We wanted to be entrepreneurs. We had an idea. And so we thought, why not give it a chance? And we saw growth. We saw this grow from Michigan to other Big Ten Schools to Ivy League Schools. I think the big inflection point is when we saw older people reading. We thought this is something for college students, but then we realized this could actually be read by anyone. That was a big moment for us when we thought, well, this has potential not to be read by tens of thousands, but of millions.”

[7:42] AL: “I think [to grow you need to have] longevity. […] Most people will not stick with the consistency of putting content out for years on end. […] It sounds simple, but most people just cannot maintain that cadence, like it's a marathon. For a lot of people, they burn out after the sprint.”

[8:24] AL: “The other thing for us in how we grew was we didn't raise venture capital money. […] So in the early days, we had to think about what are all of the organic, unpaid ways to grow our audience. And the first way we did it was […], how do we get people at Michigan to read? And so the model we use in our mind was like this hub and spoke model. Who are the hubs that have access to all these spokes, the spokes being the person we want reading our newsletter. And so what we decided was that was like professors of business classes or it was presidents of business clubs. And so Austin and I literally just […] pounded the pavement to get into every big business class at Michigan lectures with 75 to 500 people. We got into all the clubs and we would basically give our spiel at the beginning where I would say,[ …] this is Morning Brew, we're storytelling the business world in a better and more engaging way. And guess what? It's free. And guess what? We'll subscribe if you want to be subscribed and guess what, if you don't enjoy it, you can always unsubscribe. And we basically made it [so that] you felt like an idiot to not subscribe because there was no downside.”

[9:34] AL: “We got a couple thousand people from Michigan and then we said, how do we grow from there? And the answer was, let's find the Austin and Alex at other schools. And that's when we created a college ambassador program, where we found the Austin and Alex equivalent were going to classes in other schools. […] And then the third step was [taking] our ambassador program and [evolving] into our referral program, where anyone who signs up for Morning Brew gets a referral link. You shared that link with other people and if people subscribe using it, you get to earn rewards. And the rewards are not like these expensive things, but they mean a lot to the people that care enough about our brand to go out of their way to share the link. […] We tried to be really thoughtful about Morning Brew superfans. What are the things that they care a lot about? And generally was around two things. It was extra content where it was ways to socially signal that you are more than VIP. So there's always something that either a bug that can be on your desk or a crewneck that could be on your body in public. That's why we chose those things.”

[12:08] AL: “[W]hen we were still doing this in college, kind of like our hack was one, we got a lot of the college students who were readers of our newsletter to be writers, because they wanted to get their voice in front of tens of thousands of other college students. And then what we did is we said if they're good enough at writing, just digestible, flowing blurbs about the biggest business stories, the only other job we have to do is to get tone involved. And so we literally got like a tone editor. And it was someone who had this really wonky background of majoring in both business, but also being part of like the improv troupe at Michigan. And his sole job was taking all of the blurbs that the college students wrote and adding voice and personality to it.”

[19:19] AL: “The way that we always thought about [advertising] was email is such an intimate experience, just like podcasting is […]. Our view is […] one of the superpowers of email is you opt into it […]. You hopefully have given someone permission to send you an email and you receive that email. And one of the things we also did throughout the life of Morning Brew is if someone replies to us, we would always write back to them. So it feels like you're having a conversation with the business. So today Morning Brew is getting 400 to 500 replies a day to our inbox. And we were trying as hard as possible to answer all of those. […] It creates this relationship that we believe has contributed to the zeitgeist around our brand. All of that to say, we want it to play into the intimacy of this medium, which was through native advertising written by Morning Brew in our voice storytelling these brands, and not through banner advertising. And so when you read an ad in Morning Brew, what you should feel is you should feel like the Morning Brew voice is speaking to you. It's quick witted, it's digestible, it's approachable.”

[26:26] AR: “I think [news consumption] is going to continue to diversify. So people are going to ultimately consume news where they spend their time. So if you spend your time on Twitter, you're going to consume your news there. If you spend time on Instagram, you'll spend their time there. I do think the trend toward Substack is really interesting. I think there is very much a push towards individuals and away from institutions. We're seeing that as a society as a whole, but also within the media world. […] And I think news and media in general will get more and more niche. […] More people will create content and the way to differentiate yourself. If you don't have three million readers, you won't be able to create a general business newsletter. You'll have to create a newsletter that is on bankruptcy law or something really niche, and you'll have to figure out a way to monetize that effectively.”

[28:58] AL: “Our view is that the transition that Morning Brew making now, if it was chapters of a book in the last chapter, was going from newsletter as a business to newsletter business. This transition is from newsletter business to media brand, and that means existing in more contexts, so different types of content that is not just timely business news and different channels of distribution. Because […] there are more options than ever before for consumers to consume content. It means the onus is always going to be on the publisher to make it as easy as humanly possible for people to get their content where they want to get it. And not everyone wants their content through email newsletters. So to the point you just made, yes, we are absolutely expanding into multimedia meaning video, social and audio. And we're also going to be expanding content into longer form website content to complement our newsletter. So when you think about, you know, we link out, say, to 50 things a day in our newsletter. […] Morning Brew starts to take back the links and keep it within the kingdom.” 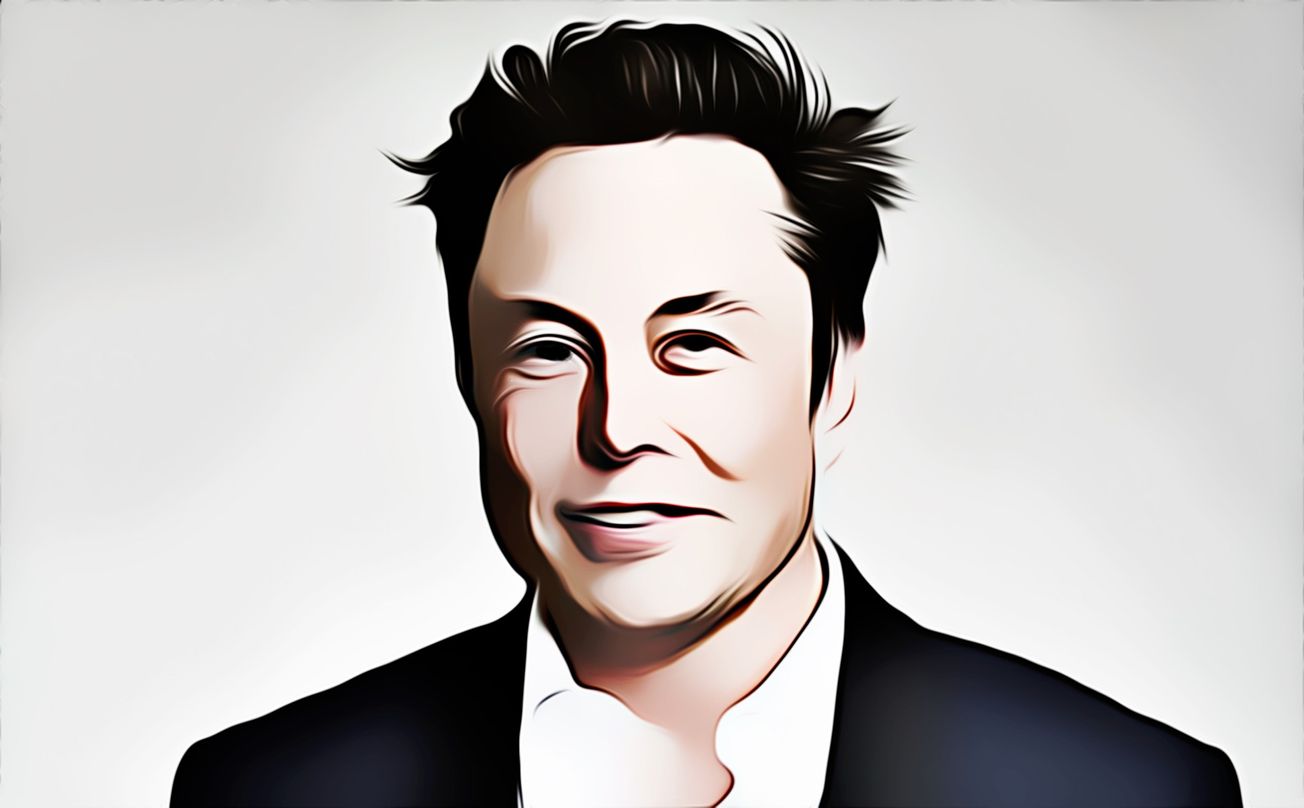 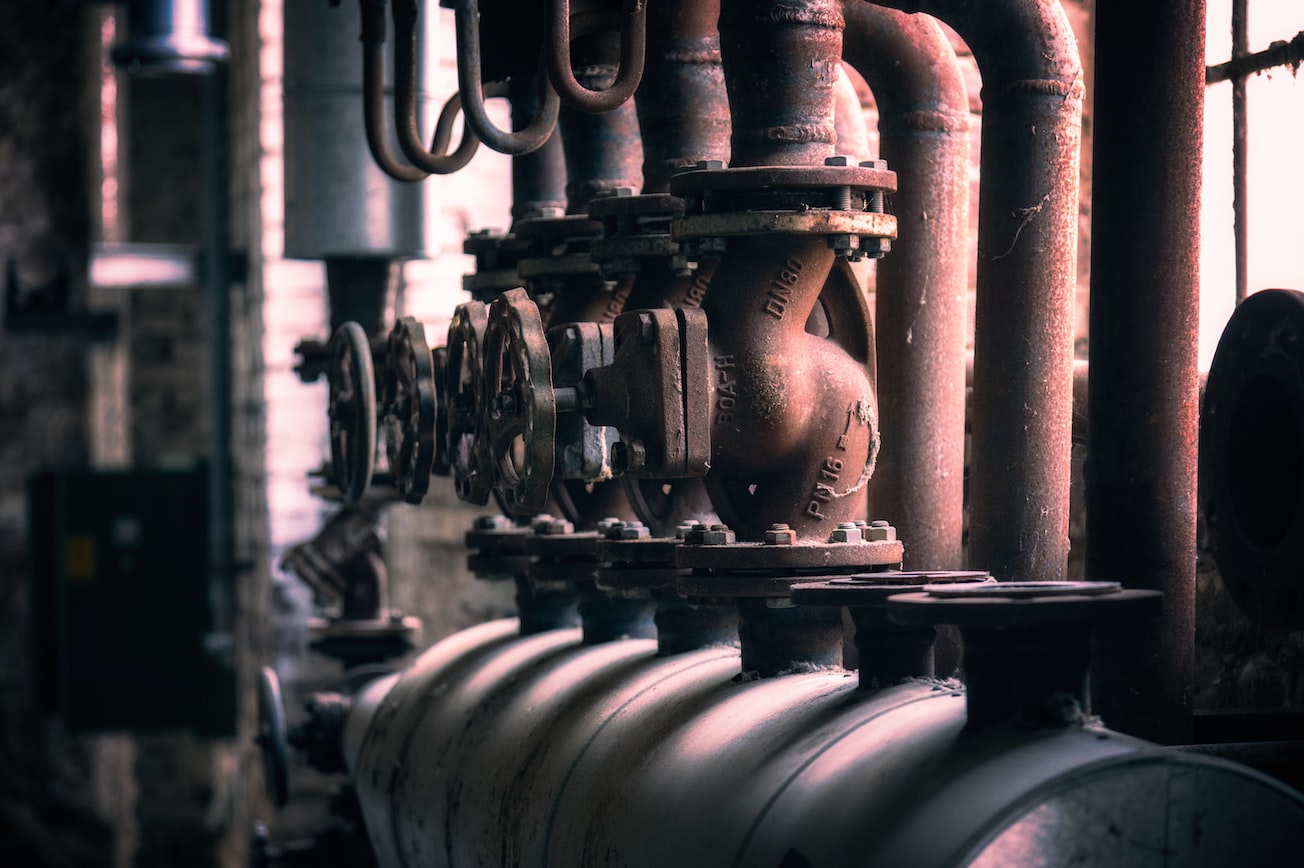 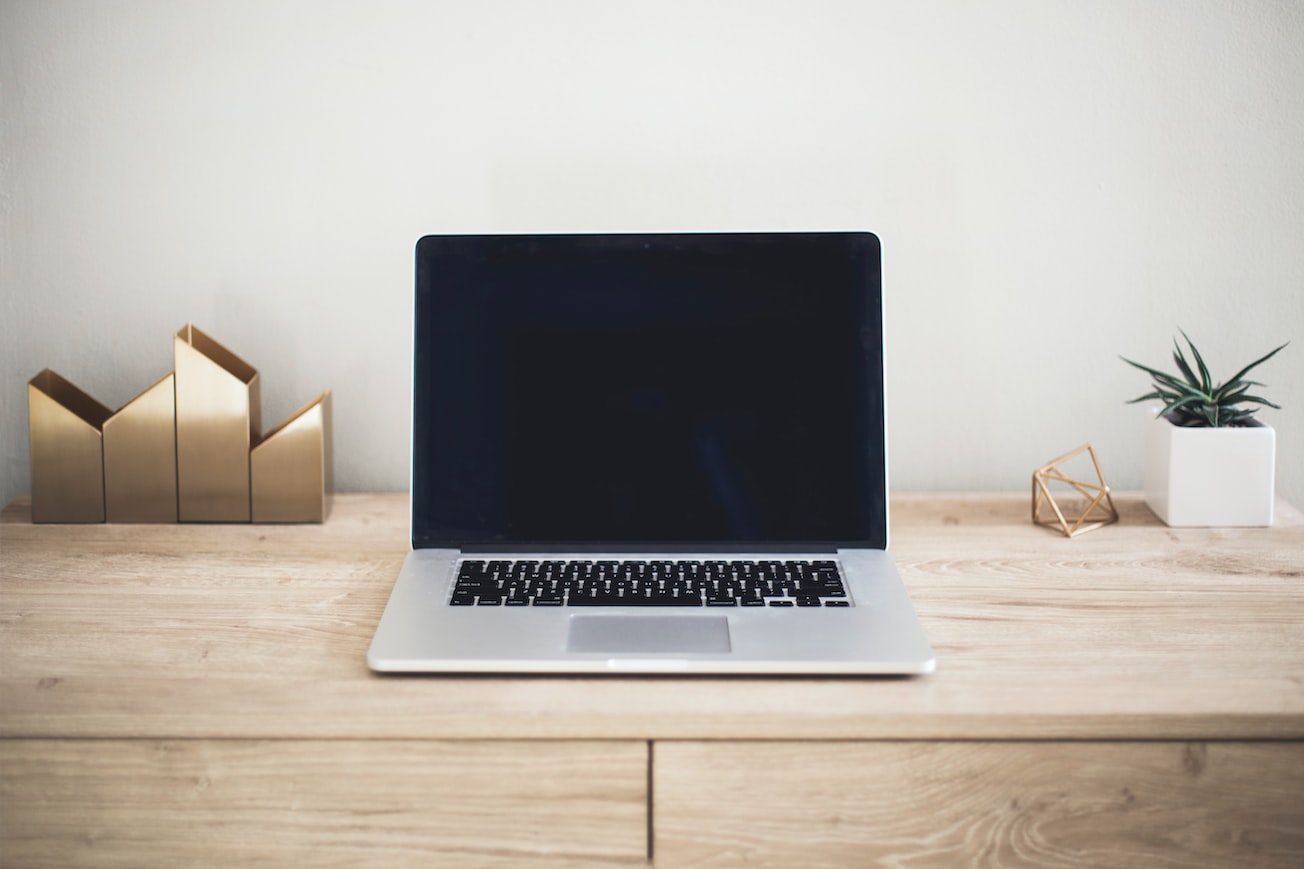 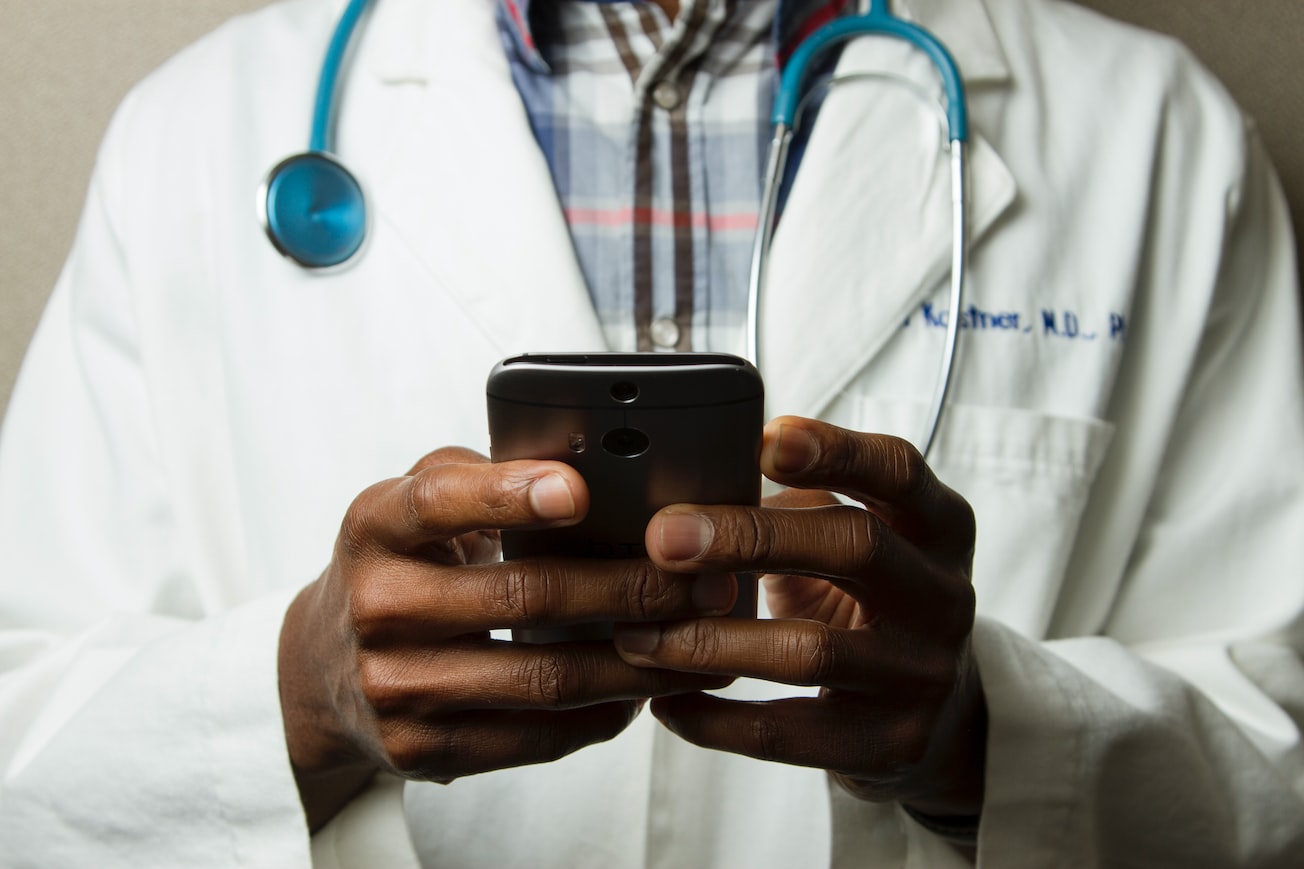 💬 "If Government Did Its Job We Might Not Need GoFundMe"